“INTERFERENZE” by the MOTUS Company in Milan

“INTERFERENZE” by the MOTUS Company in Milan 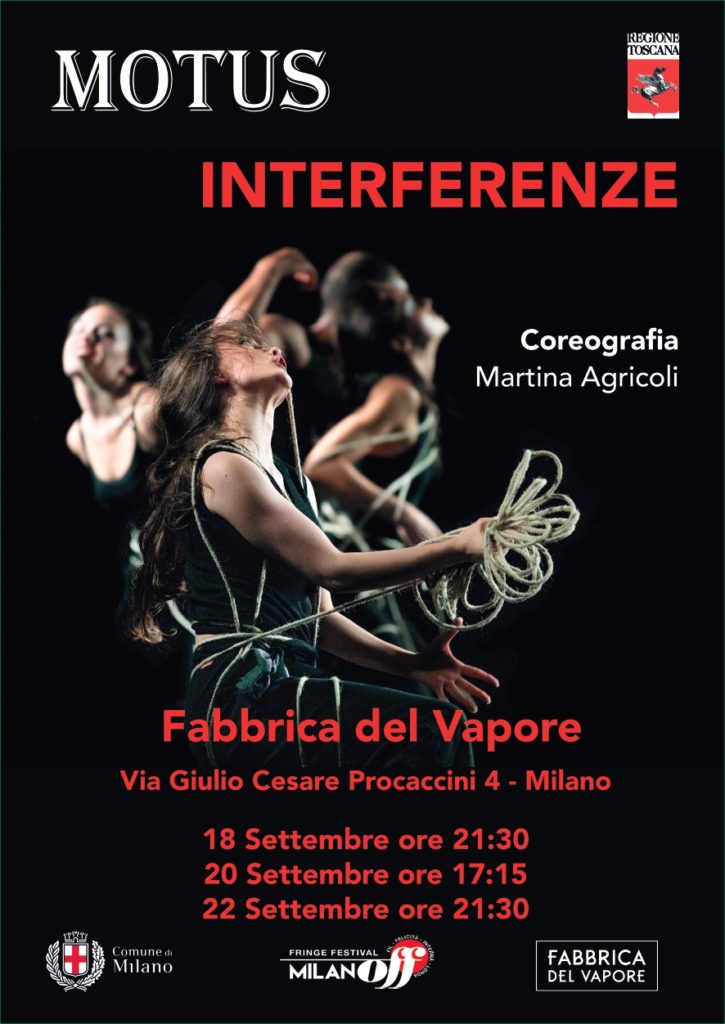 ” Interferenze”, the new production of the MOTUS Company and the first choreographic work of Martina Agricoli,  historical dancer of the Company, will be staged in Milan the show“interferenze”.

The work analyses the socio-political consequences of language, taking inspiration from the concept of“interference” which, in physics, indicates the interaction between two or more different waves.  In the political terminology the same word indicates the abuse of power of an authority in a particular field, while in linguistics, “interference” indicates the overlapping of a new meaning of a word among the original one.

Therefore, through the mechanism of interference each language changes and, as such, it reflects the changes occurring in the society.

The show “Interferenze” focuses on these themes, analyzing the political value of language, through which relations are established between things and between individuals, emphasizing the need for an individual and collective awareness.

The show was selected for the Milano Off Fringe Festival, organized by Associazione Culturale Milano Off, supported by the Comune di Milano, in collaboration with important partners such as Avignon Le Off, Torino Fringe Festival, Palco Off, Clan Off Teatro, Palco 5, Nouveau Clown Institute, Teatro Libero.

“Interferenze” will be staged at the Fabbrica del Vapore in Milano, Via Giulio Cesare Procaccini 4, on: