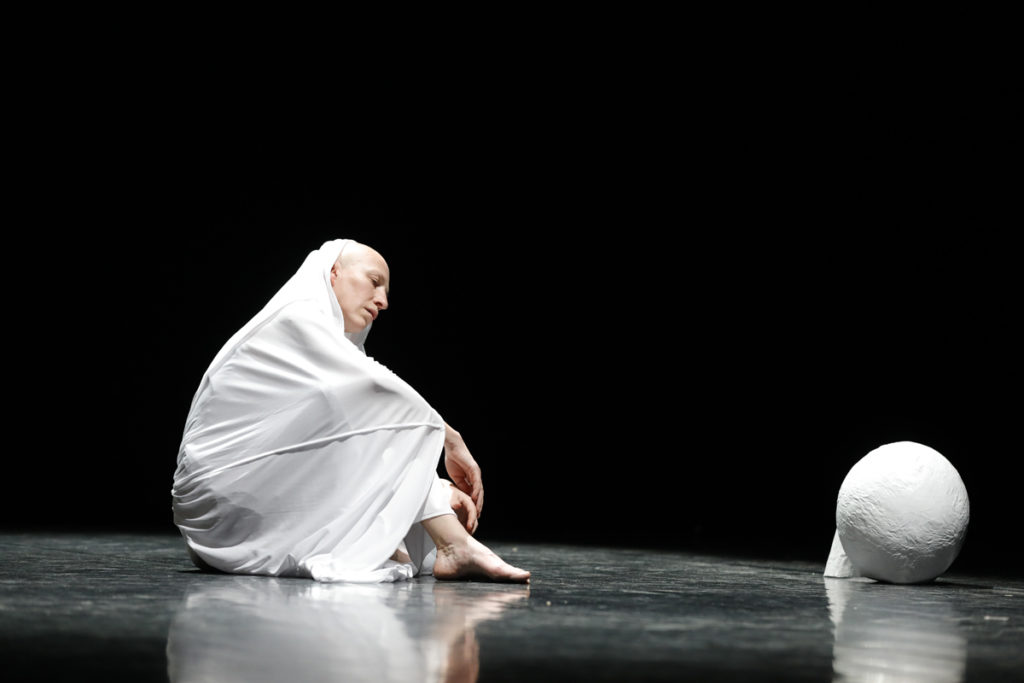 On 18 September the Tor Bella Monaca Theater will host an international event in the frame of the TBM DANZA Festival  directed by Patrizia Cavola.

At 9 PM will be presented ARCH, the play born from an idea of the Russian choreographer and dancer Tanya Khabarova, co-produced by the MOTUS Company and the Teatro della Comunità with the support of Tuscany Region, in the frame of the “Choreographic Residences” project by MOTUS.

Tanya Khabarova is one of the co-founder of the Derevo, a mythical Russian collective that bases its research and its language on an intense physicality and on the relationship between theater and dance. Since the end of the 80s, during the Perestroika, the young Tanya, former athlete of the USSR and violinist, has danced in all the main international festivals with the Derevo, directed by Anton Adassinsky. Tanya, nine times awarded at the Edinburgh Festival,  has been invited to dance in many countries of the world. Even today, Tanya Khabarova dances in the creations of the Derevo as “Once”, “The Divine Comedy”, “Islands on the stream” and “Kezal”. She also presents original soloist works, such as “Reflection”, an award-winning and absolutely unforgettable play.

With ARCH Khabarova starts a journey into the human genesis. A woman on the scene officiates an ancient and modern ritual, creating a work between contemporary dance, butoh and physical theatre, a physical poetry reflecting the emotions, the anxieties and the contradictions of our time. The life, the body shaped by daily exercise and by time, but at the same time fresh and youth, talks us about ourself through its continuous movement,  the games, the struggles against shadows and reflections … the four seasons of life. She seizes the suspended instant, the poetic time, the moment before each action, the suspense, the mute and active fraction of the second before each gesture. Everything can happen: a kiss, a caress, a punch and not knowing what is going to happen marks the difference, generates tension, interest and curiosity. Every action in our life is always different, as the thought that come before each action is different too.

Following, the play 3 MUJERES by Enclave Danza | LarumbeDanza |and ES.ARTE with choreography and dance by Cristina Masson and Daniela Merlo.

For information and reservation: