AQVA was awarded with the International Prize TEATARFEST 2006.

One billion and 100 million people, i.e. 1/6 of the world population, live without potable water 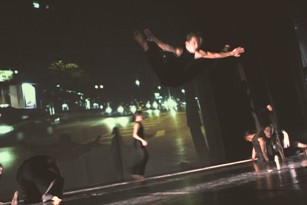 Household machines and taps are incumbent with their cumbersome wastes.
Inundations and landslides denounce the bad management of territories.
The Greenhouse effect, with its dangerous global warming process, is affecting the water cycle by melting polar ice caps and raising sea levels around the globe. While Europe risks to sink, on the opposite part of the planet, the deserts are advancing and causing million victims.
There are big differences in water consumption between reach and poor countries because 11% of the world population uses 88% of all available water. Thirsty populations live in the South of the world, which is not a geographic definition but indicates the poorest and more populated part of the planet. One billion and one hundred million people (one sixth of the entire population of the world) live without fresh water. 80% of the diseases existing in developing countries belong to water. Six thousands children die every day due to contaminated water.
The World Water Forum, held in Aja (The Netherlands) in 2004, established that water is no longer a right, but only a need of humanity. In other words, water is property of those who can pay a high price to get it.
In the uncertain equilibrium determined by profit, WATER, that is usually a source of life, is gradually changing in an instrument of death.

AQVA is an enjoyable and ironic play that uses video and dance in a perfect synchrony.
It leaves space to imagination and on the other hand, brings the spectator to consider reality. Using new creative instruments, MOTUS gives a warning on the urgent need of a change and suggests that without this, mankind risks to be run over by the same element from which it was generated.
A MOTUS production with the contribution of Tuscany Region and Siena Municipality.
Co-produced by VISIONARIA, International Film Festival

Photos are kindly offered by UNICEF 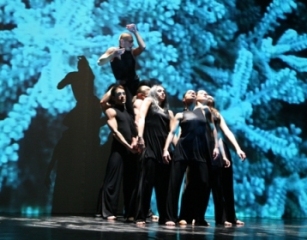 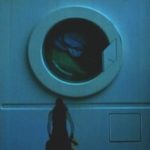 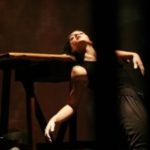 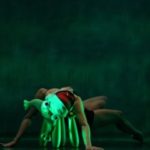 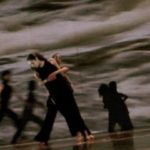 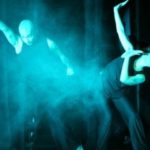 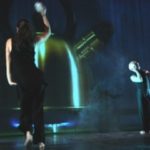